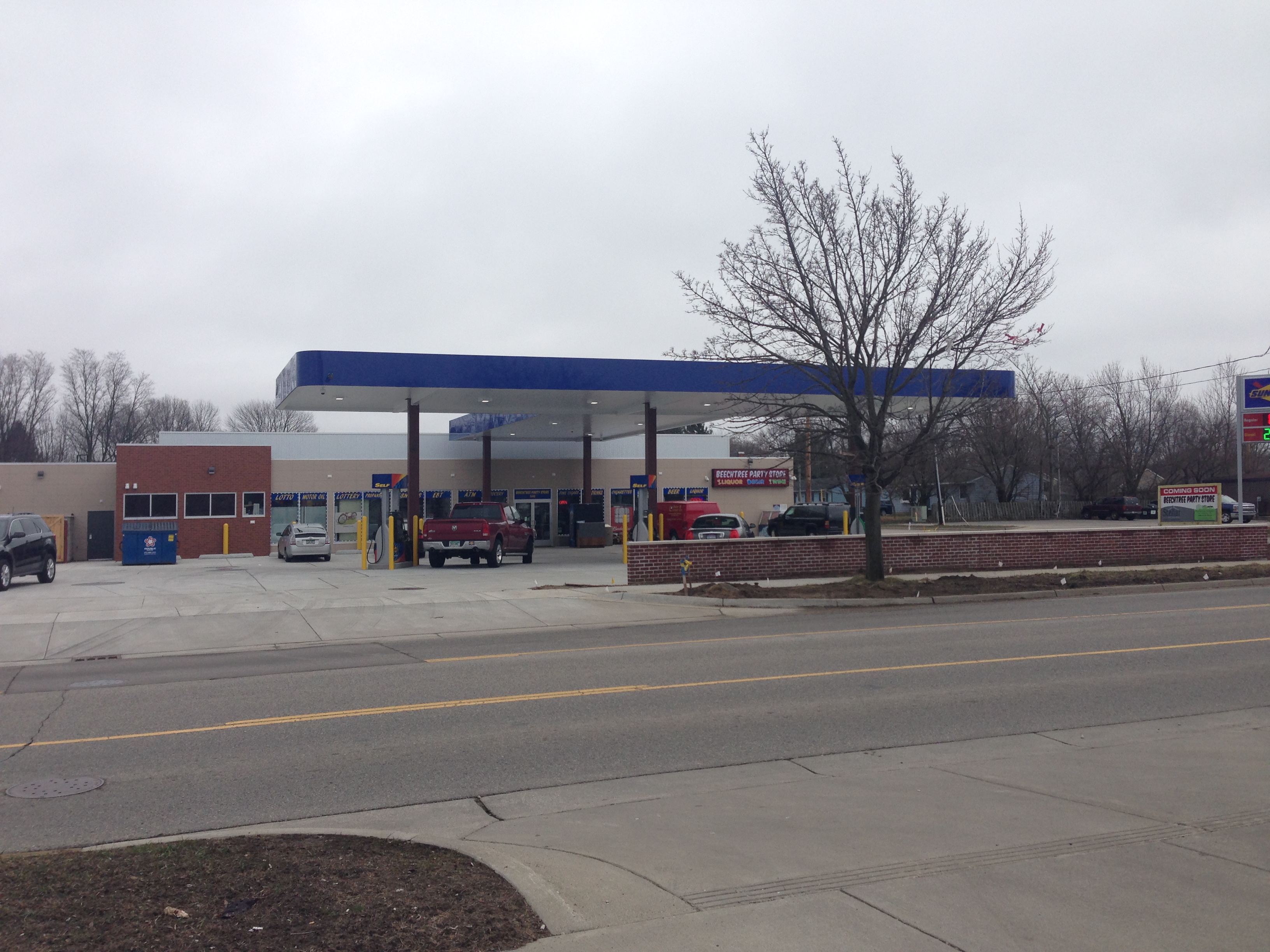 An abandoned brownfield property, located along the busy Beechtree Street corridor in Grand Haven, has been revitalized into a new party store and fueling station, which opened for business on March 14, 2016.  This is a major victory for the community as this parcel had been idle for several years and was on the verge of foreclosure in early 2015.

LEI assisted a new owner with the acquisition and redevelopment of the site by overseeing the removal of four 10,000-gallon underground storage tanks; completing Phase I & II ESAs; preparing a BEA, Documentation of Due Care Compliance report, and Act 381 Combined Brownfield and Work Plan; and supervising the removal of contaminated soil and implementation of a vapor intrusion mitigation system.  To help offset the environmental costs associated with this project, LEI obtained USEPA Brownfield Assessment Grant funds from Ottawa County’s Brownfield Redevelopment Authority and developed a tax increment financing plan that was approved by the City of Grand Haven and Michigan Department of Environmental Quality.